Things Nurses Deal with that Make Others Squirm 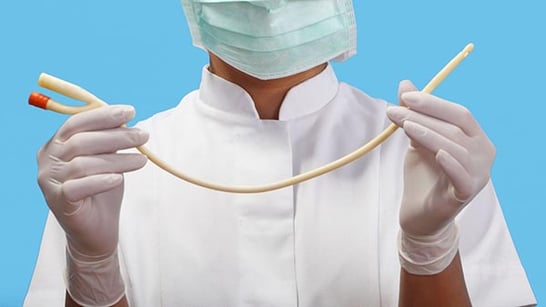 Nurses have heard it before, "Can you not talk about gross stuff at the dinner table?" But Nurses can't help it when the most disgusting things are completely normal in their everyday lives. They become desensitized to topics like body fluids, infections, and smells and sounds.

Being a nurse involves seeing, hearing, smelling, touching and dealing with some of life’s not-so-pleasant things. Nurses face it all from the most gross to the most stunning situations that would make the normal person squirm or run. They build up an immunity to it, but it’s still something that can make them very weary. Yet, they never stop a beat of helping the patients that they have been trained to see through it all.

“We see it all,” says Barb Gallogly. She is senior lecturer and coordinator for Post Baccalaureate Nursing Program at Henry Predolin School of Nursing at Edgewood College, Madison, Wis.

“We are the eyes of the physician, and the ears of the respiratory therapist. We are in a position of privilege to be with the patients on a minute-to-minute basis. People trust us, and people open up to us,” she says.

And those patients trust them not to run away when things go from bad to worse or when they need them the most.

Things that nurses face that make them unique, strong and oftentimes – saints

Body Fluids: It’s not pretty. “But sometimes some of us still gag at vomit and other things that come out of bodies,” says Kristin Gundt, chief nursing officer at Community Hospital in Grand Junction, Colo. “It all depends on how much you are exposed to it, but that doesn’t mean you have to like it. We all have triggers that makes our own bodies react to it.”

Gallogly agrees that there are still things that make her gag. “But you have to rise above it, and work with it, and not to let your own personal feelings or reactions get in the way of good patient care,” she says. “A nurse must remain respectful of the patient and be calm when all hell breaks loose.”

Infections: In Gallogly’s office hangs a lithograph with a person who has germs all around and the words, “Please Wash Your Hands” stamped on it.

“I’m a germaphobe. As a new nursing grad, we didn’t wear gloves or masks back then. We never thought anything about it,” she says. “But now, there is anti-bacterial gel at every entrance – gel in and gel out. That’s hammered into our students now.”

She sees a lot of infected wounds, and a lot of people put into isolation because of infections. “Universal precautions don’t cut it anymore,” she says.

Smells and Sounds: Sometimes when someone else is vomiting, the sound itself can set nurses off with their own gagging reflex. “Or sometimes you hear someone with diarrhea and the gas with it, and it can set something off in you, too,” Gundt says. “But we try to hide our reaction for the patient’s sake.”

She adds that one of the hardest smells to stomach is when a patient is bleeding from their intestines or stomach. “You might have to excuse yourself if you are going to gag or throw up. You don’t want to make the patient feel like even the nurses can’t tolerate it,” she says. “But it smells so bad.”

Death: “We don’t know what death will be like from one person to the next. It can be smooth to really traumatic to really messy. It can be awful,” says Gundt.

One time comes to mind for her when she was a home health care nurse. The elderly lady had a relative come during the last stages of her death. The relative was panicking because she didn’t understand death and all the things that happen when the body shuts down.

“People are incontinent. They can’t hold their bowels. Nothing in them is awake anymore,” she says. “So, I kept her clean, changed her and turned her, and made sure she got pain meds. I stayed with her and the relative. It’s the people that are alive that are panicking. People are scared to be alone with the person who is dying.”

Chaos: “Most people’s jobs aren’t like this,” Gallogly says. “You learn really quickly to become a great multi-tasker and set priorities all the time. You usually have three or four things coming at you. You learn to delegate to others that can help you.”

Some days, it will be overwhelming. You leave work thinking that you didn’t do a good job. “With budget cuts, nurses are expected to do a lot more with less. It’s hard to give quality nursing care, and we want to take care of that whole person, but so much is coming at us. That’s frustrating,” she says.

Dynamics of Families: “We don’t just take care of the person, but the whole person which includes the family,” Gallogly states. “If the family is demonstrating behavior that are precluding progress or treatment for the patient, then we pull them aside. You never know what is going on with them. We don’t know their histories. There is usually a reason for their behavior.”

She says it’s easy to label people as the “crazy daughter” or “hysterical mother.” But that doesn’t solve any problems or help anyone. “We try to explore those dynamics and include them in what we are doing with the patient,” she adds.

Ill Treatment: When people are sick, their behaviors aren’t necessarily their norm. “They lash out at us, hit us, spit on us and swear at us. There is a lot of physical and emotional abuse,” says Gundt. “Sometimes, it’s very unexpected. You never think some of these people will strike out at you because they seem stable as can be.”

Gundt adds that nurses try very hard to not put themselves in a situation to be hit or hurt. “If it’s a family member that we feel is being obnoxious, abusive or unrealistic, we won’t hesitate to escort them out or get someone to do so,” she says. “But we will start with way less restrictive methods. We try to keep people on our good side.”

Nursing isn’t all roses and sunshine. But most people understand that when they go into the profession. It’s not easy. It’s not always pretty. But for those who choose it, they say they do it because they want to help people. They want to educate people to live healthier, happier lives no matter what squeamish  circumstances they have to confront.

If you feel like talking about all that gross stuff with people who completely understand, click below!