Oncology Nurses Are In High Demand

I bet there is a lot you can add to the comments from Oncology Nurses in this article. Perhaps you’re an Oncology Nurse or someone close to you is doing this job. This article will give you a glimpse of the day-today responsibilities, concerns, technological issues, and a perspective on how to answer a patient’s very difficult questions.
As you know, this Specialty isn’t for everyone. If you’re considering becoming an Oncology Nurse or are curious about it, please read this article and let us know what you think.

In the world of cancer care, there's much to celebrate. In the last two years, the FDA has approved dozens of new treatments. The vast majority of those drugs are targeted therapies — the kind that require particularly complex medical care. At the core of that care is the oncology nurse.

The job of the nurse in cancer care is now even more demanding — and in the next few years, that pressure could be compounded by a shortage of oncologists.

David Freudberg is host of the public radio series Humankind, based in Belmont. He's produced a documentary series about the challenges in nursing in today's health care environment called "Resilient Nurses."

Freudberg spoke with WBUR's All Things Considered host Lisa Mullins about what he's learned regarding the pressures nurses face and the care they give. Below are excerpts from that conversation and from Freudberg's interviews with nurses around the country. 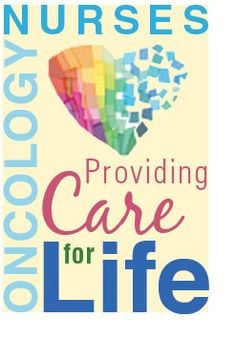 On the working conditions nurses face
"They're difficult conditions, with so many baby boomers flooding into our health care system and the new cohort of patients coming in as a result of the Affordable Care Act. And many of them have what's called higher acuity — more difficult-to-treat symptoms. In addition, there are budget difficulties, and you have all the technology that nurses increasingly are responsible for monitoring [with] a patient, and this adds a kind of emotional stress — because nurses truly are in it to care for the individual patients. They want to make a personal connection to the extent that their job limitations permit. And when you're having to mostly focus on machinery and technical measurements and special procedures, that becomes an obstacle to direct care of the patient. And so that's a stressor."

On technology making nurses even more accessible to their patients
"I happened to interview a couple of wonderful nurse practitioners... And they do provide their cell phone and text abilities to their patients, because they really want to be available to them — some [patients] whom are very compromised and extremely worried. In addition, various social media — Facebook, Twitter — become additional means of reaching nurses ... so in some ways the technological pressure has increased in the communications technology, as well ... My impression, having met them, was that they're just deeply warm and caring. It's not to suggest that other nurses who don't want to do it are not warm and caring. But they just wanted to be there for their patients."

On "compassion fatigue"
"... some people would say compassion doesn't fatigue; it's the people who are trying to be compassionate who need to re-frame the way in which they provide their compassion. But it is potentially a serious problem, because people do get tired. They are up against a relentless schedule. Some nurses don't even drink water during the day; they don't go to the bathroom during the day. I heard this over and over in different locations... for every patient they're dealing with, three more have rung the desk and they need to attend to them. And in addition, there are the families who are asking questions. It's just really tough, and the typical shift of a nurse in the United States is about twelve hours. That's a long time to be on your feet, running from patient to patient, not necessarily even getting a break. And this subjects you to medical errors, to a reduction in job performance.

Ashley Weber, oncology nurse at Center for Cancer and Blood Disorders at Children’s Hospital Colorado, on administering cocktails of medications to pediatric cancer patients
"We're working with severely immunocompromised people... if you don't prep the insertion site with alcohol for as long as it needs to be, you could be introducing a bloodstream infection. Some of the medications we give, you'll read the adverse side effects or reasons that we would stop a certain study that a patient's on, and it's death. You're just waiting for that clearing of the throat to be an indicator that your patient's going to stop breathing. And then when we're at home and we see a phone call from work, we think, 'What did I do wrong? Who did I kill? What medication did I not give? What chemo didn't go in right?' And we're looking at patients that each have easily 15 to 30 meds each."

Sherry Goldman, oncology nurse at Cedars Sinai Medical Center, Los Angeles, on providing compassionate care to cancer patients
"I can think of a specific incident where I told a patient some really devastating news. And I just reached out and held her. And we cried together. I don't have an issue with showing my feelings. There may be other clinicians that do. But how can you not, when you're telling a young girl some tragic news? And you see her completely fall apart. It's okay to fall apart with them and hold them, but then give them confidence afterward."

Paulette Manon, oncology nurse at Brigham and Women's Hospital, Boston, on questions she was asked by a terminally ill cancer patient
"I was in his room, and he said, 'What do you think happens to people after they die?' And I said, 'I'm not sure.' He said, 'What is your belief?' And I said, 'I believe that if you believe in God, that you are remembered and he will look after you.' And he said, 'What do you think happens to people that don't believe in God?' I said, 'Well, whether you believe in him or not, he believe in you.' When someone asks you something like that, it's just not a casual question. You can actually feel the pain coming from that person and the fear that that's going to be it for them, no return, nothing. It's not always that you give someone an ABC answer and they're fine."