These Factors Influence Retention of Newly Licensed Nurses In Hospitals 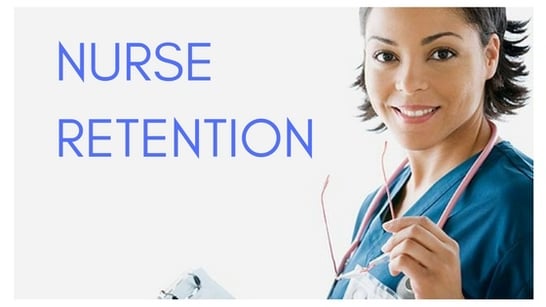 If your hospital is experiencing high turnover among your newly licensed Nurses, this article may give you an idea of why they’re leaving and areas where you can improve your work environment.

“About 80% of newly licensed nurses find their first work in hospitals,” says New York University Rory Meyers College of Nursing (NYU Meyers) Professor Christine T. Kovner, PhD, RN, FAAN. “Turnovers are one of the costliest expenditures in our profession. In fact, costs are estimated at $62,000 to $67,000 per departure, amounting to $1.4 to 2.1 billion in expenses for new nurses who leave their first jobs within three years of starting.”

Recently, Dr. Kovner led a team of researchers at NYU Meyers and the School of Nursing at SUNY Buffalo in conducting a study to fill in the gaps. Published in the International Journal of Nursing Studies, the study of a nationally representative sample of new nurses working in hospitals, sought to better inform unit-level retention strategies by pinpointing factors associated with job retention among newly licensed nurses.

“The internal turnover rate for the one year between the two waves of the survey was nearly 30%,” said Dr. Kovner. “This turnover is in addition to those leaving the organization. This figure is substantially larger than previously reported in other studies, which estimated a 13% one-year internal turnover rate among new nurses.”

The researchers looked to bolster the existing evidence on internal turnover to determine precursors to remaining on the same title and unit-type from the first to the second year of employment.

In addition to collecting the new nurses’ demographical data, Dr. Kovner and her team assessed their perceptions of their work environment in both surveys.

“In doing this we were able to examine the changes in work environment perceptions over time between nurses who remained in the same unit and title to those who changed unit and/or title,” said Dr. Kovner.

Upon analysis, the researchers found five factors most strongly associated with retention: holding more than one job for pay (negative), first professional degree was a baccalaureate or higher, negative affectivity, greater variety and autonomy, and better perceived RN-MD relations, all positively related.

“Our results point to the variables on which managers can focus to improve unit-level retention of new nurses,” said Kovner.

Have more questions about employee retention? Click below to ask one of our Nurse Leaders!

Funding. Funding for this research was provided by the Robert Wood Johnson Foundation.
www.nyu.edu