A PhD in Nursing Might Be The Best Goal For You 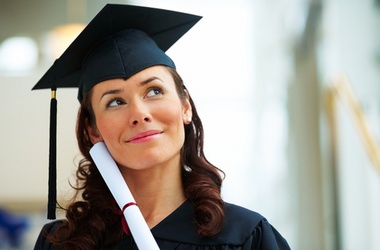 Are you considering furthering your education? Is a PhD a goal of yours? This article will give you good information and some terrific role models. It also encourages you to go for your PhD sooner, rather than later.

As our population continues to grow and people live longer, the need for Nurses with their DNP or PhD must increase as well. Perhaps your goal is to be a Nurse Educator, Researcher, or you want to look at the big picture and design ways to achieve better patient outcomes. There are many paths you can take. It’s up to you.

The Institute of Medicine’s Report, “The Future of Nursing: Leading Change, Advancing Health” states nurses should be encouraged to pursue doctoral degrees early in their careers to maximize the potential value of their additional education. I finished my PhD in nursing when I was 30 years old. Several people told me I didn’t have enough clinical nursing experience to continue with my education. Why some nurses feel the need to hold others back from continuing their education is beyond me.

The fact is, some of the most respected contributors to our profession obtained their PhDs early in their careers. Here is only a partial list of these amazing nurses: Jacqueline Fawcett, PhD, RN, FAAN, of the University of Massachusetts, received her PhD 12 years after completing her BSN. She is internationally known for her metatheoretical work in nursing.

• Jean Watson, PHD, RN, AHN-BC, FAAN, earned her PhD 12 years after earning her initial nursing degree. She is the founder of the Watson Caring Science Institute and is an American Academy of Nursing Living Legend.

• Afaf I. Meleis, PhD, RN, FAAN, of the University of Pennsylvania School of Nursing, earned her PhD seven years after obtaining her BS in 1961. She is an internationally renowned nurse-researcher and an AAN Living Legend.

• Margaret Newman, PhD, RN, FAAN, obtained her BSN in 1962 and her PhD in 1971. She is the creator of the Theory of Health as Expanding Consciousness and an AAN Living Legend.

Are you thinking about going back to school? Has someone encouraged you to consider it? The Future of Nursing report notes that major changes in the U.S. healthcare system and practice environment will require profound changes in the education of nurses. But the report also notes that the primary goal of nursing education remains the same, which is to educate nurses to meet diverse patient needs, function as leaders and advance science from the associate’s degree to the doctorate degree.

One of the recommendations of the Future of Nursing report was to double the number of nurses with doctoral degrees by 2020, and by 2016 that recommendation had been met mainly due to the creation of the DNP or doctor of nursing practice degree. Knowing this, the IOM’s Assessing Progress on the IOM Report the Future of Nursing updated their recommendations in 2015 stating that more emphasis should be placed on increasing the number of PhD-prepared nurses. The DNP has been regarded as the degree for those who want to get a terminal degree in nursing practice while the PhD has been regarded as the degree for those wanting to do research. But the difference is not that simple.

"Several people told me I didn’t have enough clinical nursing experience to continue with my education. Why some nurses feel the need to hold others back from continuing their education is beyond me.”

According to the American Association of Colleges of Nursing, “rather than a knowledge-generating research effort, the student in a practice-focused program generally carries out a practice application-oriented final DNP project.” The AACN further notes key differences between the DNP and PhD programs. PhD programs prepare RNs to contribute to healthcare improvements via the development of new knowledge and scholarly products that provide a foundation for the advancement of nursing science. A richer more reflective understanding of the PhD in nursing is that it is heavily grounded in the science and philosophy of knowledge. DNP programs, on the other hand, prepare nurses at the highest level of nursing practice to improve patient outcomes and translate research into practice. A PhD-prepared nurse can contribute to the profession through research, creating new nursing theories or through a focus on national, global system level change and public policy.

I have had many conversations with nurses looking to go back to school who say they don’t want to do research. However, in further discussion on what they really want to do and the problems they want to solve, it becomes clear that the PhD is the best track for them. Also, you don’t need to be a nurse practitioner to get a PhD; there are many PhD-prepared RNs like myself. For those who want to become a nurse practitioner or other advance practice registered nurse, there are dual DNP/PhD programs just as there are MD/PhD programs for individuals looking for both the practice and research education.

As you can guess, I didn’t listen to the naysayers. I knew as a nurse I could make the largest impact for patients and nurses by getting my PhD in nursing (majoring in health systems and minoring in public administration). Does having a PhD make me a better nurse than anyone else? No. I am a different type of a nurse who knew what I needed to do to make my unique contribution to our profession. I started as an LPN and then became an associate’s degree RN. I worked full time while going to school full time. I also completed a BSN-PhD program, which I started at age 25, four years after I became an RN. I have been an RN for 20 years — PhD-prepared for almost 11 years. Earning my PhD was the best decision in my professional career.