In 2018, approximately 52 children died after being left in an overheated vehicle. That is the highest number in the past 20 years, according to the National Safety Council.

Emergency Room Nurse Maria Striemer, RN, BA, witnessed a child in her care almost die from heat exhaustion after being accidentally left in a hot car.

Even a brief entrapment in a vehicle can expose a child to heatstroke. The shortest recorded fatal exposure was 15 minutes. The core body temperature of deceased victims was between 102.9–109˚ F.

Maria knew there had to be a simple solution to prevent these tragedies from happening. She and her engineer husband, Grant, used their 3D printer in their basement to create the "Backseet Buddy".

The Backseet Buddy is a silicon device placed on a child’s car seat designed to pair with an app on an iPhone or Android. Using Bluetooth technology, the device and app can detect when a phone has moved more than 50 meters from a car seat with the sensor still activated and sends an alert to the phone. 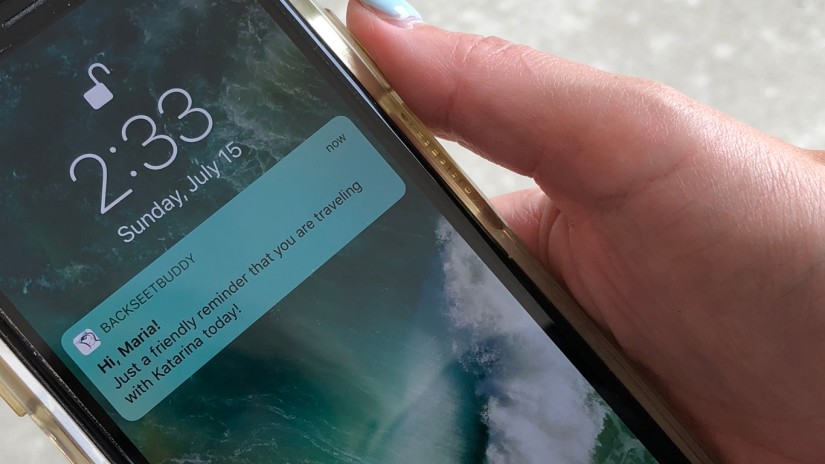 Maria and Grant received a patent and are meeting with venture capitalists. They hope to bring the product to market in 2020.

“I have many first-time parents telling me they have fears of being sleep deprived or distracted, and how badly they want this product. It would be amazing if it were in the hands of parents before they leave the hospital,” Maria said.