When You Have The Choice of Dying 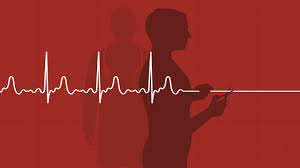 The day I had to put my dog down was an incredibly difficult day. I remember telling my sister-in-law about it and her response was “too bad we can’t do it for our human loved ones”. It was such a strong statement, but I knew where she was coming from. Her mother suffered from Alzheimer’s for close to 10 years and the last few years of her life, she had no idea who any was, not even her beloved children.
In your profession, you see death often. We know some deaths are blessings and the passing of my sister-in-law’s mother was a huge blessing and relief to her family. She had no quality of life, no joy, no communication, and was basically a shell of who she was. The topic of Death with Dignity is gaining momentum. I think many of you believe that a terminally ill patient has the right to choose when they’ve had enough and want to end their life. Am I wrong?
What do you think about this very important topic that impacts us all? Please read this article and let’s get a dialogue going below in the comments section.

It was cold but the sun was shining when my father looked out the window and said he wanted to die.

He was lying in a hospital bed, tubes tying him to machines and drips. He was 65, wasn’t a smoker but, like a lot of firefighters, had inhaled things that embedded in his lungs, slowly strangling them. His skin was ashen, his eyes wet and hauntingly sad.

When he said he wanted to die, my immediate reaction was to reassure him, to hold his hand, to tell him that my mother, my brother, my sister, and I didn’t want him to go, that we loved him too much to let him go, that he couldn’t go just yet.

My father lingered for several weeks after he told me he wanted to die, suffering greatly. I have no idea if he would have opted to end his life earlier, to end his suffering earlier, but I wish he had the option.

It would be helpful to know whether a majority of Massachusetts legislators think others should have that option, too, but for the last eight years they have punted on the Death with Dignity Act, bottling it up in committee so that it dies without the dignity of a full and fulsome hearing.

Five years ago, a referendum that would make it legal for physicians to prescribe medications that terminally ill people could use to end their lives was narrowly defeated. But, like all social change, like all civil rights, the right to die with dignity is moving forward, inexorably.

Last month, the Massachusetts Medical Society commissioned a survey of its members’ attitudes toward what they called “medical aid in dying.” For a group that has historically opposed what some call physician-assisted suicide, the mere act of seeking its members’ opinions acknowledges the shift, much of it generational, in thinking.

In October, Dr. Roger Kligler, a retired Falmouth physician with prostate cancer, filed a lawsuit asserting he has a right to obtain a lethal dose of medication from a doctor willing to prescribe it if he becomes terminally ill and chooses to avoid more suffering.

Dr. Kligler rightly believes he’ll get a quicker answer from a court than the Great and General Court. As it has with other highly contentious matters, including same-sex marriage and the legalization of marijuana, the Legislature has been more than happy to let the courts or the public do the heavy lifting.

But even if a court agrees with Dr. Kligler’s argument, the decision could be narrowly tailored to only his case. And as the messy rollout of marijuana legalization has shown, legislating complex matters by referendum often leads to convoluted results.

The Legislature needs to take on Death with Dignity, in all its complexity.

Nine years ago, State Representative Lou Kafka sat down with one of his constituents, a guy from Stoughton named Al Lipkind, who was dying of stomach cancer. Lipkind asked Kafka to file a bill that would make it legal for doctors to write prescriptions for terminally ill people who wanted to avoid needless suffering. Kafka refiles the bill every session. The initial dozen co-sponsors have grown to 40.

“Al was able to make me see it through his eyes,” Kafka told me. “Unless and until it becomes personalized, it’s an issue you don’t necessarily think about.”

Not long after Al Lipkind died in 2009, Kafka watched helplessly as the same disease that slowly and torturously killed my dad did the same to his father.

“I watched him gasp for breath,” Kafka said.

Like me, Lou Kafka doesn’t know if his father would have chosen to end his life before enduring months of agony. Like me, he wishes his dad had the option.