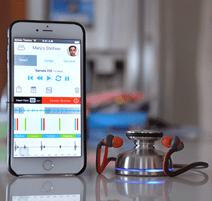 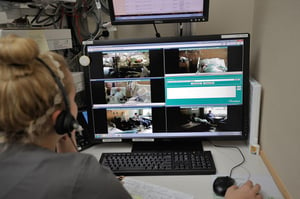 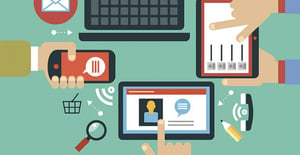 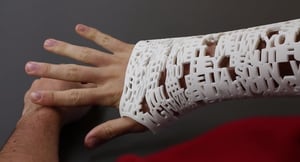 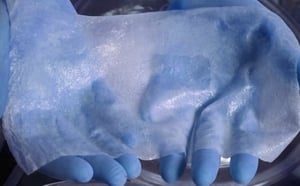 A Better Bandage: No More Ouch

Hate the way bandages hurt when you take them off? There’s a new “quick release” medical tape that could take the pain out of keeping wounds covered. Biomedical engineers from MIT and Brigham and Women’s Hospital in Boston have created the ultimate medical tape — one that will stick but still peel apart easily, without yanking skin or body hair off along with it.

It doesn’t matter how you take off bandages — quickly or slowly, they hurt. And it’s not just a matter of a little discomfort. Taking tape off improperly can cause serious injury among patients with weak skin — including babies born prematurely who are hooked up to tubes and other monitors secured to their skin. Conventional tape is designed to break apart at the point where the tape adhesive meets the skin, the researchers say. But a preterm baby’s skin will often rip more easily than the tape, so the tape itself stays together while the skin tears apart. In some cases, skin damage from tape removal can cause lifelong scarring. “This is one of the biggest problems faced in the neonatal units, where the patients are helpless and repeatedly wrapped in medical tapes designed for adult skin,” says Bryan Laulicht, who worked on the new medical tape.

He and his colleagues outline their invention this week in the journal Proceedings of the National Academy of Sciences. Their quick-release tape works with a unique three-layer design, which includes a newly created way to connect the tape’s adhesive layer to the tape itself. The interface substance is designed to be strong when pulled in almost any direction that a bandage might experience force, but to peel apart easily when the tape is pulled up and off. The inspiration for the idea came from nature, where this property, in which a material is much stronger along one axis than it is along another, is called anisotropy. Just as it’s easier to split a piece of wood along the grain than against it, the new medical tape requires only gentle force to break apart when you peel it, but it still sticks securely when you try to tear at it lengthwise or when you stretch it out flat. When the tape is pulled apart, it leaves behind only some adhesive gunk, which can be rubbed off the skin gently with a finger.

It’s not clear when the bandage will be on drugstore shelves, but if demand is any barometer, hopefully it won’t be long.