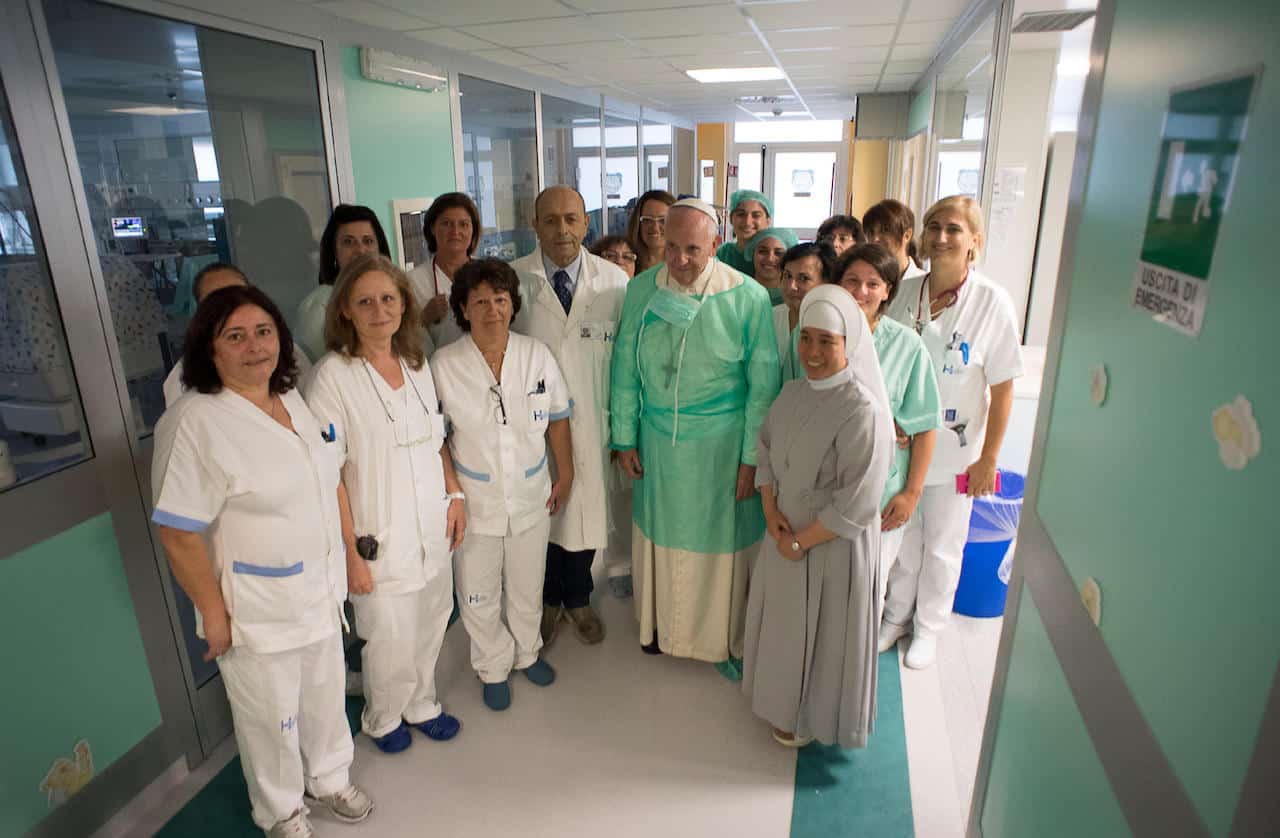 To be appreciated for who you are and what you do makes us feel good about ourselves. It affirms that we’re doing a good job and we’re being recognized for it. Appreciation goes a long way at work, at home and how we connect with each other. We thought you’d “appreciate” reading this article because someone pretty special thinks Nurses are amazing and we do too!

"I thank her and I want you to know her name: Sister Cornelia Caraglio,” said Pope Francis as he remembered the nurse who saved his life at 20 years old.

"When, at the age of 20, I was on the verge of death, she was the one who told the doctors, even arguing with them, 'No, this isn't working. You must give more,'" the Pope said during a meeting with thousands of nurses - members of Italy's national association of nursing professionals.

“And thanks to those things [her suggestions], I survived,” recalled the Pope.

The Pope Thanks Nurses

Pope Francis thanked all nurses in attendance, "you are there all day and you see what happens to the patient. Thank you for that!" he continued, “many lives, so many lives are saved thanks to you!”

He spoke about the importance of the nursing profession and the unique relationships nurses form with all members of the healthcare team - patients, families, and colleagues. Pope Francis stated that nurses are at “the crossroads” of all these relationships.

Furthermore, Pope Francis acknowledged the “truly irreplaceable” role nurses play in the lives of their patients. “Like no other, the nurse has a direct and continuous relationship with patients, takes care of them every day, listens to their needs and comes into contact with their very body, that he tends to,” stated Pope Francis.

The Pope called nurses, “promoters of the life and dignity of the persons.”

He spoke about the sensitivity they acquire from “being in contact with patients all day," and addressed the healing power of listening and touch. Calling touch an important factor for demonstrating respect for the dignity of the person.

He praised nurse’s continuous and tiring commitment to their individual patients despite the patient’s societal status. Calling a nurse’s care particularly important in a society which often leaves weaker people on the margin, only giving worth to people who meet certain criteria or level of wealth.

Pope Francis called the nursing profession “a real mission,” and referred to nurses as, “experts in humanity.”

When speaking of touch, Pope Francis told the story of when Jesus healed the Leper through touch. Encouraging the nurses, "we must recognize the importance of this simple gesture," Pope Francis said. "Mosaic law forbid touching lepers and banned them from approaching inhabited places. But Jesus went to the heart of the law, which is summarized in love for one's neighbor," stated Pope Francis.

While acknowledging the difficulty of the nursing profession, Pope Francis encouraged patients to have patience with nurses, to not demand things from nurses and to smile more at their nurses.

The Pope reminded nurses, "a caress, a smile, is full of meaning for one who is sick. It is a simple gesture, but encouraging, he or she feels accompanied, feels closer to being healed, feels like a person, not a number.”

Pope Francis encouraged nurses, to not forget the “medicine of caresses.” 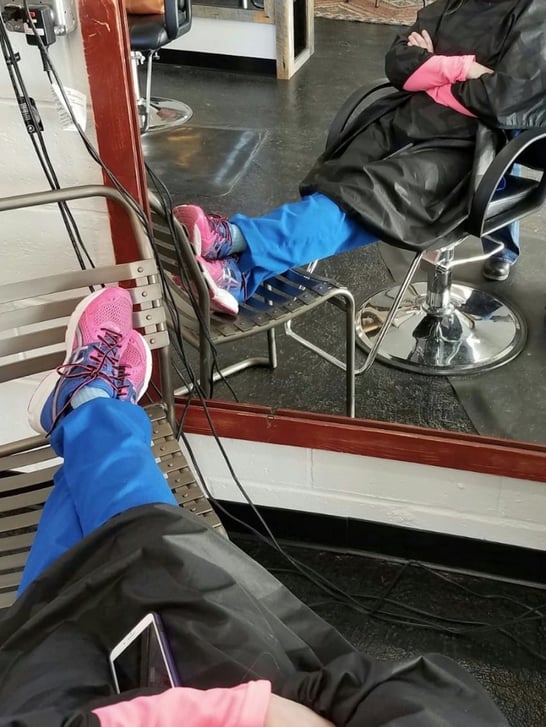 Nurses do so much, including laying our heads down to rest during our toughest moments. A hair stylist had the opportunity to turn the tables and let the Nurse do the resting and let her be taken care of. The stylist wanted the Nurse to have no worries and be completely relaxed and safe in her hands at that moment, the same way a Nurse treats a patient.
Have people in your life, strangers or loved ones, shown appreciation for all you do? We would love to hear your stories!

Medical professionals like doctors, nurses, and paramedics devote much of their time and energy to making sure we are safe and healthy. They don’t get a lot of time to themselves, and many would argue that they don’t get the recognition they deserve.

Ashley Bolling is a stylist and mother of three who is letting it be known that these people, particularly nurses, deserve more than just a thank you. She posted a sweet message for nurses everywhere after one came into her salon, Captivate Salon & Spa, and dozed off in her chair. The woman hadn’t slept all night and was clearly exhausted. Ashley gently rested her head against her stomach, but it was her shoes that grabbed her attention. They weren’t worn down or dirty — she was simply amazed by how much weight they carried, both literally and figuratively.

You can read Ashley Bolling’s sweet and moving tribute to nurses below.

I had one of those “stop-you-in-your-tracks,” extremely humbling moments, while working quietly on the hair of a very exhausted, sleeping nurse.

She’d been at work all night and hadn’t been to bed when she landed in my chair, but not before stopping to buy my breakfast on her way.

As she dozed off, I gently rested her head on my stomach and continued to foil her hair…. then I noticed her shoes.

I wondered how many miles those shoes have walked. I wondered what they’d walked through. Blood? Tears? In & out of the countless rooms of the patients she’s cared for? I wondered how many hours they’ve carried her, and all those like her, while they literally save the lives of those we love and hold the hands of the ones who can no longer fight that fight.

But with those shoes propped up in that chair, phone in her lap, I got the chance to take care of her (even if it was just for a few hours) and I felt extremely honored to take care of such a hard working, inspiring woman I’m so lucky to call my friend.

I’ve always respected and valued these amazing superheroes and am proud to be the sister, daughter, niece, friend and hairstylist of so many. Know you are appreciated, know you are irreplaceable, know you are loved!