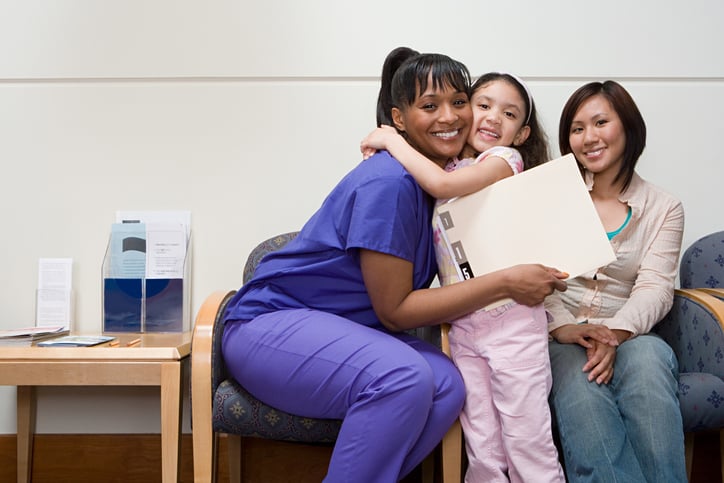 Americans rate the honesty and ethics of Nurses highest among a list of professions for the 18th year in a row according to the National Gallup poll.

Nurses are consistently rated higher in honesty and ethics than all other professions by a wide margin.

Currently, 85% of Americans say Nurses' honesty and ethical standards are "very high" or "high," essentially unchanged from the 84% who said the same in 2018.

"The public trusts Nurses because we put the safety of our patients above all else," Massachusetts Nurses Association President and RN Donna Kelly-Williams said. "Every day across the United States, Nurses strive to provide the highest quality care despite the massive challenges posed by corporate healthcare. We are inspired by our patients to advocate for safe, accessible care and we appreciate their trust and respect."

National Nurses United Executive Director, Bonnie Castillo, RN said, “We are honored by this poll and what it reflects - that our patients, their families and the public know that they can trust and count on Nurses to stand up for them. This year’s results have special meaning for us as we move into 2020, which the World Health Organization has declared the ‘Year of the Nurse and Midwife."

Gallup notes that since Nurses were added to the survey in 1999, they have topped the list of most trusted professions every year except in 2001, when firefighters were recognized shortly after the Sept. 11, 2001 terrorist attacks for their heroism and bravery.

We at DiversityNursing.com know how special, compassionate and giving you are. We are delighted that you consistently receive this recognition from the National Gallup poll. You earn it – every day!

Gallup Poll: Nurses Are (Once Again) the Most Trusted Profession

Once again, nurses are tops.

Every year since 2002, nursing has ranked at the top of the list of professions deemed the most trusted in the United States, according to an annual Gallup poll. The poll began including nurses in 1999, and they have claimed the top spot every year except 2001.

Linda Norman, DSN, RN, dean of the Vanderbilt University School of Nursing, said that the recognition is much appreciated by the profession, too.

“I think nurses, as a whole, are very proud of the fact that they are the most trusted profession, and that’s not something they take lightly,” said Norman, who also holds the Valere Potter Menefee Professor of Nursing position at Vanderbilt.

More than 8 out of 10, or 82 percent, of the Gallup poll survey respondents gave nurses a “very high” or “high” rating on their honesty and ethical standards; the next highest professional categories were pharmacists and grade school teachers, tied with 70 percent.

The Gallup organization noted that nurses have received ratings above 80 percent every year since 2005. The profession’s highest rating for honesty and ethical standards was 85 percent in 2012.

“It’s been a very consistent finding,” Norman said. “We are the patient advocates. We’re the ones with patients for longer periods of time than other health care providers, so we have that opportunity to establish trust with them.”

Afaf Meleis, PhD, the Margaret Bond Simon Dean of Nursing at the University of Pennsylvania School of Nursing, agreed.

But where do you go from the top? Achieving this distinction should not be viewed as an endpoint or just as an honor, but as a charge to maintain this high level of trust with patients and their families, said Norman.

“Once you’ve gotten there, you need to make sure that it’s important to the profession as a whole to stay there,” she said. “You really embed it into what you do, and what you teach, and how you deliver care.”

And there are still challenges ahead. For example, Meleis cited the variation in laws from state to state that affect how much autonomy and independence that advanced practice nurses have when practicing.  In some states, nurse practitioners have much more autonomy than in in other states, where physician supervision is mandatory by law.

“With the Affordable Care Act putting more patients into the healthcare system, we need to develop and implement policies that allow nurses to [practice to] the maximum of their ability without undue restriction,” she said. “This will benefit populations, enhance access, and ensure best implementation of the Affordable Care Act.”

Mason would like to see an elevation in the presence of nurses and the nursing perspective in the shaping of health policy. She noted that a different Gallup poll in 2010 found that thought leaders in health care don’t always include nurses in the role of key decision makers. But nurses can bring a lot to the table when it comes to transforming health care, and they have a responsibility to do so, given the public’s trust in them.

“The American Academy of Nursing is committed to get nurses appointed to local, state and national governing boards of health care organizations and consumer advocacy groups, as well as policy-related advisory bodies,” Mason said.

Many nursing leaders also hope that this poll will help convince many people who are considering a career in nursing to take the plunge.

“As this poll shows, the public counts on nurses and respects them,” said Karen Daly, PhD, RN, president of the American Nurses Association (ANA).  “Clearly, there are boundless opportunities for those who wish to consider nursing as a profession.”

Norman said she believes that a poll like this one that shows the great trust that people put in nurses can definitely help with recruitment. The results show potential nurses that there is opportunity for finding great meaning in the work, and in making a difference in people’s lives.

“We’ve got to make sure that this really is something that we sell with new nurses--and nurses throughout the profession,” she said.