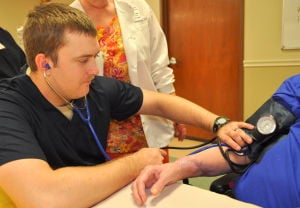 After much anticipation across the nation, President Obama signed the 2013 National Defense Authorization Act (NDAA) into law. In the end, it included 19 amendments to significantly reform Department of Defense sexual assault and sexual harassment policies. This landmark bill has the largest number of sexual violence provisions ever signed into law, and represents the culmination of more than 18 months worth of relentless advocacy work by the Service Women’s Action Network (SWAN). We want to thank the many veterans and service members who shared their voices to demand policy change this year, including Ayana Harrell, Nicole McCoy, Cindy McNally, Ruth Moore, Laura Sellinger and so many others.

The NDAA is an enormous bill that specifies the budget and expenditures of the Department of Defense (DOD). It also contains sections that deal with military issues ranging from the total number of troops to retiree benefits, and everything in between. It is one of the primary vehicles used by Congress to provide oversight and mandate change within the military. Every year, SWAN partners with key members of Congress to provide bipartisan legislative recommendations to both the House and Senate to improve the welfare of service women and women veterans.

This year, SWAN was able to help introduce into the bill a record number of provisions based on our policy agenda, chief among them to improve the way the military handles sexual assault and sexual harassment in the ranks. Other provisions were also included that improve health care for service women and military families. Specifically, the law now provides for:

Legislating reform of DOD policies can be a difficult, complicated and sometimes painfully slow process, and is only one of several tools SWAN uses to make institutional change happen. Ensuring those policies are properly implemented by the services and fairly practiced in individual units “where the rubber meets the road” is a continuous process for us. Calls from active duty troops and veterans on our Helpline continue to inform and guide our work. We are grateful to be able to provide help to service members and veterans in need. We are also thankful for our incredible coalition of military, veterans and civil rights organizations, the members of Congress who have partnered with us, and each one of you who have supported us this year. In order to eradicate sexual assault and sexual harassment we must continue to work together to transform military culture. The passage of the 2013 NDAA is another critical step in moving the military one step closer to change.

As we move forward with this year’s policy and legislative agenda, and prepare for our second annual Summit on Military Sexual Violence, SWAN will continue to hold our civilian and military leadership accountable for the welfare of our nation’s service members and veterans. We will continue to fight for changes in the execution of military justice for victims of sexual assault, service members’ access to civil courts, and comprehensive reform of VA policy regarding “Military Sexual Trauma” compensation claims. With your support, we look forward to continued success as we begin work on the 2014 NDAA.

* This article is from Service Women’s Action Network

By Megan Krischke
Several years ago, Lt. General Patricia Horoho, the U.S. Army’s first female and first nurse surgeon general, saw what she perceived as a loss of nursing staff, at all levels, throughout the combined military forces. She started asking nurses, “Why are you leaving?” Though Horoho expected answers like “Because I have been on three tours in Afghanistan,” the actual answers came as a surprise: “Because I don’t have enough voice in my practice.”

This feedback was the impetus for the Patient Caring Touch System (PCTS), which was developed after much research and consulting with successful civilian counterparts, and then implemented in all branches of the armed services.

“The focus of PCTS is to provide all nurses in the system a voice in their professional practice instead of having it dictated by leadership policy and procedures,” remarked Col. Patrick Ahearne, deputy commander for health services and nursing at Fort Carson, in Colorado Springs, Colo. “Instead, they help develop those policies through the unit practice councils (UPC), a cornerstone of the PCTS.”

“In the field, we have 96 percent survival rate for our wounded warriors--our trauma care is bar none,” said Mary Shannon Baker, RN, PCTS ambassador at Madigan Army Medical Center, near Tacoma, Wash. “Nurses were coming back from deployment and had little means to implement the skills and techniques they had learned and seen to be effective in the field.”

Moving to a shared governance system was a huge leap for a hierarchical military culture.

“PCTS is a fundamental shift in the ways the Army does nursing,” she added. “PCTS really gives every member of the team an equal say at the table. As a private, you can come to the UPC and we listen just as intensely as we would to a higher ranked person. If you have an evidence-based practice you want to put in place, we can do that now. We are smarter as a whole; every member can contribute to a better outcome.”

“The UPC is really the core of PCTS,” added Ahearne. “As soon as the nurses see positive results, when they bring an idea to the leadership and it is implemented, it is almost magic. As a nurse executive, it is comforting to me to have the larger brain trust of nursing out there thinking about what we can do to improve every day.”

As an example, the first thing Fort Carson Evans Army Hospital staff brought to the UPC was the issue that pushing discharged patients--many of whom were still recovering from surgery--in wheelchairs over the tiled floor to the hospital exit was uncomfortable for the patients. Every space between tiles created a bump. Action was taken to quickly carpet a path to the exit.

In addition to the unit practice councils, other elements of the PCTS system include:

Peer feedback: Nurses at every level participate in peer feedback to improve their practice and incorporate professional development.

“Before PCTS no one ever sat me down and asked where I saw myself in the organization in five years,” remarked Baker.

“We talk about the fact that we don’t just have a job, we have a mission,” added Baker. “The nurses have come up with some fun ways to bring the core values into everyday conversation. For instance, they made stickers of each value and put it on every can of soda in the unit, so if you buy a can of soda you have an ethic on the front of it. It keeps nurses thinking about things that are important to us.”

Optimized performance: To achieve optimized performance, the Armed Forces are now collecting data at all levels on issues such as patient falls and infection rates as well as nurse satisfaction, work load and absenteeism. The data is shared with nurses so they can engage in improving outcomes.

Skill building: While there were always an abundance of educational opportunities, many opportunities were missed because the old system counted on an already-stretched-thin nurse leader to disseminate the information. With PCTS, a unit level nurse takes on the responsibility to look ahead and find out which opportunities would most benefit the unit.

Another significant part of PCTS is that nurses work in care teams: a lead RN who is paired with either another RN or an LPN.

“This team approach has been such a positive thing. Two sets of eyes are always better than one and now, if you have a crisis, you don’t have to find someone else to cover your patients. And when you need lunch, you are already prepared for that at the beginning of the day,” reflected Baker.

“If you have healthy, engaged, and happy nurses, it is just a by-product that you get better patient outcomes and satisfaction rates,” she explained. “PCTS is about the nurses and the nurses are about the patients. It is a cycle. We didn’t have to make a patient outcomes program, we just had to create a program to empower nurses.”