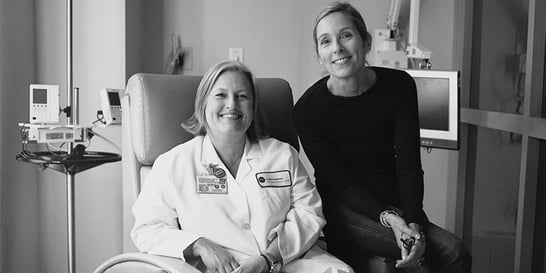 This heartwarming Ted Talk is a glimpse into a 5-year journey of over 100 interviews with Nurses across America. Carolyn Jones discusses big health issues like aging, war, poverty, and prisons.
She also gains insight from these interviews as to what made them become Nurses. Jones advocates for the diversity of Nurses and how their jobs are not all the same. She even mentions the future of complicated decisions Nurses will face when it comes to technology. But most importantly, she wants to praise Nurses for everything they do for their patients and their families.

Gifts Nurses Could REALLY Use

Pens that don’t work? Socks that cut off your circulation? Cheap key chains? Yep, those sound like some Nurses Week gift failures to me!

I have some suggestions for gifts I think every nurse would appreciate for Nurses Week. Here are two major ones (you can thank me later!):

IOU: A time out

Here are a few more random ideas for gifts:

Don’t get me wrong, I’m always appreciative of the recognition, but I think if we’re going to celebrate all things nursing, then the gifts should be worth the year-long wait!!

Any other suggestions? What would be a great gift for you this Nurses Week?

Special Screenings Of ‘The American Nurse’ To Be Held May 6

The award-winning documentary “The American Nurse” (DigiNext Films) will be shown at special screening engagements May 6 in honor of National Nurses Week. The film highlights the work and lives of five American nurses from diverse specialties and explores topics such as aging, war, poverty and prisons.

“At some point in our life each of us will encounter a nurse, whether it’s as a patient or as a loved one,” Carolyn Jones, director and executive producer of the film, said in a news release. “And that one encounter can mean the difference between suffering and peace; between chaos and order. Nurses matter.”

The American Academy of Nursing recognized Jones, an award-winning filmmaker and photographer, as the winner of its annual Johnson & Johnson Excellence in Media Award for the documentary. The award recognizes exemplary healthcare journalism that incorporates accurate inclusion of nurses’ contributions and perspectives. “I intended to make a film that celebrated nursing,” Jones said in the release. “I ended up gaining deeper insights into some of the social issues we face as a country, through the eyes of American nurses. I’ve grown to believe that nurses are a truly untapped and under-appreciated national resource.”

The documentary also was awarded a Christopher Award in the feature film category, alongside films “Selma” and “St. Vincent.”

The film, which was made possible by a grant from Fresenius Kabi, is being presented locally through sponsorship by the Future of Nursing: Campaign for Action, a joint initiative of the Robert Wood Johnson Foundation and AARP, together with the American Nurses Foundation and Carmike Cinemas.

The campaign’s state action coalitions and other campaign partners are expected to host at least 50 screenings of the film. Ten percent of the proceeds will go to help local efforts to advance nursing. A portion of all proceeds from the film will benefit the American Nurse Scholarship Fund.

To find a screening near you or to learn how to host a screening, go to http://americannurseproject.com/national-nurses-day-screenings.