Decline In Smoking Rates Could Increase Deaths From Lung Cancer

More people may die from undiagnosed lung cancer because they don't qualify for low-dose CT scans, according to a study by Mayo Clinic researchers. The researchers blame current screening guidelines that have remained the same despite the decline in smoking rates in the U.S.

"Our data raise questions about the current recommendations," said Mayo pulmonologist, Dr. David E. Midthun, one of the study authors. "We do not have the best tool to identify who is at risk for lung cancer."

Current U.S. Preventive Services Task Force guidelines recommend annual low-dose CT screening for adults age 55 to 80 who have smoked 30 pack-years (one pack a day for 30 years), and who currently smoke or have stopped smoking within the last 15 years. This criteria is used by doctors and insurance companies to recommend and pay for scans.

"As smokers quit earlier and stay off cigarettes longer, fewer are eligible for CT screening, which has been proven effective in saving lives," said epidemiologist Dr. Ping Yang in a statement released by the Mayo Clinic Cancer Center. "Patients who do eventually develop lung cancer are diagnosed at a later stage when treatment can no longer result in a cure."

Researchers worry about the trend. "We don't want to disincentive patients to stop smoking," Midthun told CNN in a phone interview. "When I told one of my patients about the study, his first question was, 'If I stop smoking will I have to stop screening?'"

"We want people to stop smoking, and we don't want them to lie or continue smoking just so they can be screened," added Midthun. "We need better tools to make risk calculations for those who should be screened."

The Mayo study did not take into account other risk factors for lung cancer, such as personal and family history for lung cancer or Chronic Obstructive Pulmonary Disease (COPD) because they are not in the current guidelines for reimbursement. For example, COPD "raises a person's risk for lung cancer by four to six times," said Midthun, yet "only age and pack year history are in the guidelines."

"There's nothing magical in 30-year pack history," added Midthun. He told CNN that age is an equally important factor. "For example, if a person stops smoking at age 55, his risk of lung cancer at age 70 is higher than it was at age 55 when he quit."

In Minnesota, Abandoned Wheelchairs Are Just Part Of The Landscape

Anyone who has spent much time in Minnesota's "Med City" can't help but notice that wheelchairs are everywhere.

From city parking ramps and downtown sidewalks to park trails and the local mall, the chairs have an inescapable presence.

More than likely that has do to with the fact that Rochester is home to Mayo Clinic, visited by thousands of patients every day. Many of them use wheelchairs to get around. So it's not surprising that they exist in big numbers.

The big curiosity is how they end up all over the city with their users nowhere in sight — a fact that some local residents can be oblivious to.

"I never even thought of it until just now," Denny Scanlan says over a drink at American Legion Post 92, where he is a member. "Well, I see them kind of everywhere we go, I guess — where you least expect them."

But some people do notice the big blue chairs.

At the Blue Water Salon on the skyway level of the Doubletree Hotel, owner Shelly Joseph often sees them just outside her door, in a public stairwell largely used by hotel staff.

"I don't know why they're in here, but randomly they're in this stairwell," she says. "It's a fire exit, basically."

At the Starbucks across the hall, manager Dawn Lee-Britt sees wheelchairs outside the employee entrance at the back of the coffee shop at least a couple of times a week.

"Sometimes we can't get out," she says. "I'm getting used to it because we see them so often." She adds: "It's like they don't need it anymore or it's time to go.

Mayo Clinic has 1,180 wheelchairs in its Rochester fleet, largely for patient transport. It loses up to 150 chairs each year, says general services manager Ralph Marquez, who oversees patient equipment.

"Yes, it's a financial burden to us from that standpoint, but it's also a service we provide," Marquez says. "And if the patient, you know, truly comes first, sometimes that's the expense of the business."

Because the clinic does not want to keep patients from leaving the campus, the clinic's courier service rounds up wheelchairs weekly, mostly from hotels and other places that alert them.

But the chairs can travel much farther than that.

"We've gotten calls from Orlando Airport. Goodwill up in Duluth had one of our chairs and luckily we were able to retrieve that one. We've had them in Denver, out east in a few airports," Marquez says. "They get back to us dirty and needing to be cleaned. People may take them home for a while. They wind up everywhere."

"I'm sure if you aren't used to Rochester, seeing somebody going down the skyway, you know, pushing an IV on a rolling stand looks kind of weird," he says. "But it's just part of living in Rochester."

And on some days, part of Hunziker's job is to let the Mayo Clinic know there's a blue chair to pick up in the lobby.

By Debby Scheinholtz and Shane Nelson

As the Affordable Care Act phases in, up to32 million individuals—mostly lower-income Blacks and Latinos—should have first-time access to health insurance by the beginning of next year.

The link between culturally competent patient care and hospitals’ increasing commitment to diversity management is escalating dramatically, evidenced by a doubling of the number of hospitals participating in the DiversityInc Top 50 competition this year. With more hospitals doing this well, we were able to expand our Top Hospital Systems list from five to 10. 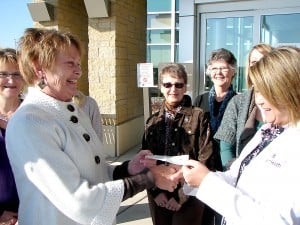