When Nurses Bond With Their Patients 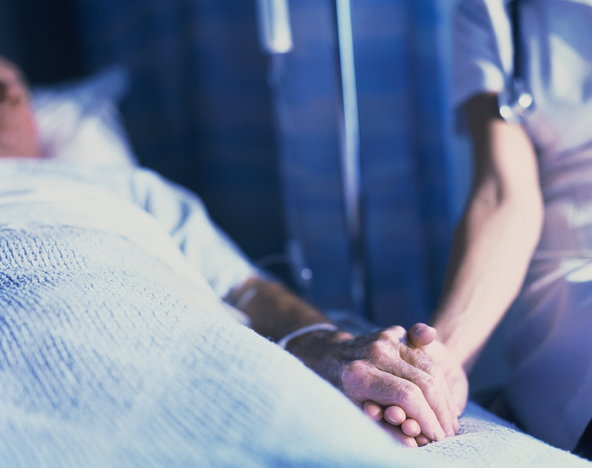 As nurses we are taught that we are professionals and we must maintain a certain emotional distance with our patients. It’s a boundary that encompasses the therapeutic relationship: nurses as caregivers, patients as the recipients of the care. But now, working as a nurse, I have found that while most of my professional boundaries are well defined, sometimes the line between a professional and personal relationship with a patient can become blurred. 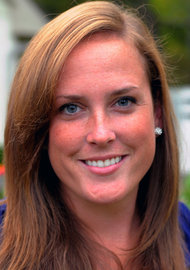 I work on an orthopedic surgical unit where most patients are coming in and going out very frequently. That makes it hard to get to know anyone too well. But there are some patients that we never forget, for good or bad reasons. Most of the time these patients stay with us because, for whatever reason, one of us crossed the invisible boundary nurses set for themselves.

Recently, I cared for two patients who touched me so deeply it was impossible to maintain a professional distance. My grandfather had recently passed away, and both of these men reminded me of him. My grandfather, or “Grand-Daddy” as we all called him, was one-of-a-kind, and one of the kindest and most generous people I’ve ever met. He was hard of hearing but constantly fiddled around with his hearing aids, so it was wise to always be prepared to repeat yourself once or twice. He had an extraordinary memory until the day he died, and was one of the funniest people I’ve ever known.

One day at work, an older man arrived on my floor after a total hip replacement. As I worked to admit him to our care, his room was crowded with half a dozen family members who surrounded him with love. I asked him about his family, and he told me about his eight children, 30 grandchildren, and a couple of great-grandchildren too. It was uncanny how much this man reminded me of my grandfather, who also had a large family of six children, 28 grandchildren and three great grandchildren.

I smiled as I watched my patient fiddle with his hearing aids, and tears welled up in my eyes as he answered all of my questions with a familiar, “What did you say?” I didn’t mind repeating myself, and for a moment, it was as if I was speaking with my grandfather again.

After I was finished admitting him and settling him in, I found myself constantly peeking back into his room asking if he was O.K. and if he needed anything. He was pretty low-maintenance and never really needed much, and eventually, he was gone. I never told him that he reminded me of my grandfather, or how he tugged at my heartstrings, and I often wonder if I should have. But I worried that in showing this man a little extra attention, I had somehow breached the therapeutic relationship.

Not long after that, another patient came up to the floor. The report said he was an older man who was in “comfort care.” This essentially means that no lifesaving efforts would be made on his behalf; we were there to keep him comfortable during his final days. When this patient came up to the floor, I was quite taken by him. His gruff, Irish exterior belied his sweet nature. Medically, he had a lot of issues, but when he came up to the floor, the only thing he wanted was a bowl of oatmeal. When his tray came, he found cream of wheat instead. He was so disappointed, but I was determined to find him a bowl of oatmeal.

Miraculously, after a search through our floor kitchen, I found oatmeal and delivered it to him. He was delighted and blew me a kiss and gave me a wink. His chart said he needed assistance to eat, but he dug right in. Sure, he made a mess, but he managed just fine on his own.

Watching him eat that oatmeal reminded me of some of my last meals with Grand-Daddy. Grand-Daddy never was the neatest eater, and we would always laugh about what a mess he made. But he didn’t care — at his age, he just wanted what he wanted when he wanted it. My patient’s personality was strikingly similar to that of my grandfather. As he lay curled up in the bed, I thought about the strong man he must have been a long time ago.

When his wife and children came to the room, I felt a pang of familiarity. His wife remained so graciously composed during her visits. It brought back memories of my grandmother during my grandfather’s last days. Despite her deep sadness and fear of what was to come, my grandmother kept full composure and took care of not only him but also everyone around her. I still am amazed by how strong and selfless she was during that time: a true role model for unconditional love, and I saw these saintly qualities in this man’s wife.

The following day, the man was sent back to a nursing home where comfort care would be resumed. When the transporters came to get him, I started to feel emotional, like someone I loved was going to leave me. Even though I knew he was going to a nice and comfortable facility, I didn’t want him to go. We transferred him onto the stretcher and I made him cozy in his blankets. His family was sincerely thankful, and I remember telling them with tears in my eyes how much we enjoyed taking care of him, and how much we would miss him.

The tears continued to well up as I watched his stretcher go around the corner and out of sight, because I knew I would never see him again. I felt like I was saying goodbye not only to him, but also to my grandfather all over again. But once again, I stopped myself from sharing these feelings with my patient or his family. They knew I cared, but they never knew how much caring for him meant to me personally.

Looking back, I still don’t know if I did the right thing, keeping my feelings to myself. I now realize that both of these patients were helping me heal, even as I was helping them. Watching them leave was like letting go of my grandfather again, but they also gave me the gifts of laughter and reminiscence, right when I needed them most.

I know that, ultimately, I am still just the nurse, and they are still just my patients. But I think it’s better for both the patients and myself if we both sometimes allow ourselves to feel something more than a professional bond. Nurses and patients move in and out of each others’ lives so quickly, but we are nonetheless changed by every encounter.

I became a nurse because I want to care for people and make a difference. Being touched in return is an added bonus.