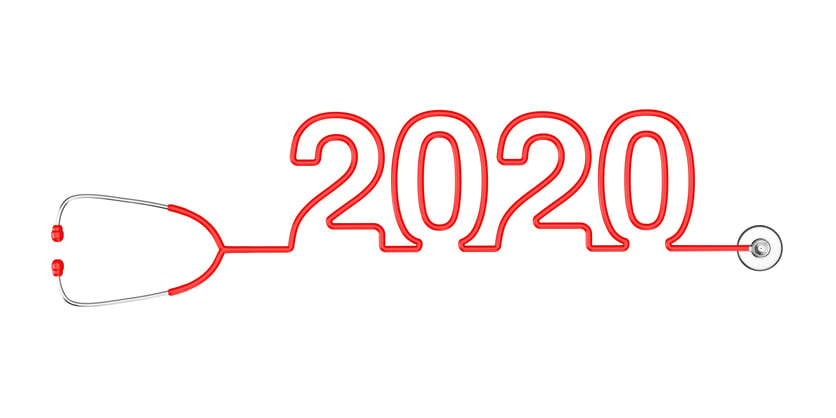 For the first time in history, the world will unite in celebrating the benefits that Nurses and Midwives bring to the health of the global population. The World Health Organization (WHO), has declared 2020 as The Year of the Nurse and the Midwife (YONM).

It is celebrated in honor of the 200th anniversary of Florence Nightingale's birth. President of the International Council of Nurses (ICN), Annette Kennedy, said "The 20 million Nurses around the world will be thrilled to see their profession recognized in this way. Florence Nightingale used her lamp to illuminate the places where Nurses worked, and I hope the designation of 2020 as the International Year of the Nurse and Midwife will provide us with a new, 20-20 vision of what Nursing is in the modern era, and how Nurses can light the way to universal health coverage and healthcare for all.”

WHO is working with partners such as, the International Confederation of Midwives (ICM), International Council of Nurses (ICN), Nursing Now and the United Nations Population Fund (UNFPA). Their goal for this year-long global focus on Nurses and Midwives is to:

Lord Nigel Crisp, co-Chair of the Nursing Now campaign said, “The WHO has provided a unique opportunity both for countries to demonstrate how much they appreciate their Nurses and Midwives and to showcase what more Nurses and Midwives can achieve if given the support to do so."

We at DiversityNursing.com are thrilled Nurses and Midwives are receiving recognition for their commitment to the profession and selfless dedication to their patients, families and students.

By Joe Sutton and Holly Yan

A second American aid worker in Liberia has tested positive for Ebola, according to the Christian humanitarian group she works for.

Nancy Writebol is employed by Serving in Mission, or SIM, in Liberia and was helping the joint SIM/Samaritan's Purse team that is treating Ebola patients in Monrovia, according to a Samaritan's Purse statement.

Writebol, who serves as SIM's personnel coordinator, has been living in Monrovia with her husband, David, according to SIM's website. The Charlotte, North Carolina, residents have been in Liberia since August 2013, according to the blog Writebols2Liberia. They have two adult children.

Brantly, the medical director for Samaritan Purse's Ebola Consolidated Case Management Center in Monrovia, has been in the country since October, Strickland said.

"When the Ebola outbreak hit, he took on responsibilities with our Ebola direct clinical treatment response, but he was serving in a missionary hospital in Liberia prior to his work with Ebola patients," she said.

Health officials say the Ebola outbreak, centered in West Africa, is the deadliest ever.

As of July 20, some 1,093 people in Guinea, Sierra Leone and Liberia are thought to have been infected by Ebola since its symptoms were first observed four months ago, according to the World Health Organization.

Testing confirmed the Ebola virus in 786 of those cases; 442 of those people died.

Of the 1,093 confirmed, probable and suspected cases, 660 people have died.

There also are fears the virus could spread to Africa's most populous country, Nigeria.

Lagos, the largest city in Nigeria, has a population of more than 20 million.

The man arrived at Lagos airport on July 20 and was isolated in a local hospital after showing symptoms associated with the virus. He told officials he had no direct contact with anyone with the virus nor had he attended the burial of anyone who died of Ebola.

Confirmation of the death in Lagos came after news that a doctor who has played a key role in fighting the Ebola outbreak in Sierra Leone is infected with the disease, according to that country's Ministry of Health.

Before falling ill, Khan had been overseeing Ebola treatment and isolation units at Kenema Government Hospital, about 185 miles east of the capital, Freetown.

Ebola typically kills 90% of those infected, but the death rate in this outbreak has dropped to roughly 60% because of early treatment.

Officials believe the Ebola outbreak has taken such a strong hold in West Africa because of the proximity of the jungle -- where the virus originated -- to Conakry, Guinea, which has a population of 2 million.

Because symptoms don't immediately appear, the virus can easily spread as people travel around the region. Once infected with the virus, many people die in an average of 10 days as the blood fails to clot and hemorrhaging occurs.

The disease isn't contagious until symptoms appear. Symptoms include fever, headache and fatigue. At that point, the Ebola virus is spread via bodily fluids.

Health workers are at especially high risk, because they are in close contact with infected people and their bodily fluids. Adding to the danger, doctors may mistake the initial stages of an Ebola infection for another, milder illness.