A Nurse Scientist and An Engineer Create Heart App 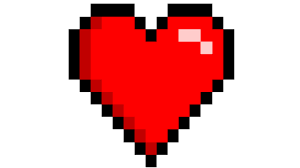 Two professors at USF collaborated to work on improving self-care at home for patients with congestive heart failure. Another goal was to reduce their hospital readmissions. They knew most patients are living on their own after they get out of the hospital and it can be a challenge for patients to keep up with their regimen. They teamed up to create an app that could help them.
Learn all about it in the article below. Perhaps you have an idea that can help your patients and their families?

A nurse scientist and an engineer created a smartphone application for patients with heart failure — and the patients participating in a pilot study said they’re finding it useful in helping them make the right choices about their health, according to an article published online by the University of South Florida in Tampa.

Called HeartMapp and now copyrighted by USF, the device can be used on Android smartphones by patients with congestive heart failure.

“As a cardiology nurse of 25 years, I know that patients with heart failure, who must follow an intricate medication regimen and self-management practices at home to stay healthy and prevent getting admitted to the hospital, struggle with self-care,” Athilingam said in the article. “After patients leave the hospital, they are alone. However, they do have a phone as a companion. So, we developed this easy-to-use, patient-centered technology to help them keep their heart health on track.”

The app has six modules which help patients monitor their vital signs, perform breathing and walking exercises, take their medication, read educational information on heart health and see how they’re doing. The app also reminds them to check their weight and blood pressure in the morning and assess any symptoms.

Patients check the app to see if they’re in the green, yellow or red zone. The green zone means they’re doing fine, according to the article. “The red zone means they’re gravely ill and need to immediately go to the hospital,” Athilingam said in the article. “But the goal is to have patients note when they’re in the yellow zone so they can contact their physicians and work to get back to the green zone, she said.

Athilingam and Labrador are testing HeartMapp with nine patients from the USF health cardiology clinic, and USF hopes that will lead to making the app commercially available, according to the article.

The app creators also wrote several articles about small studies they’ve done regarding the app’s usage.  In one study, they surveyed 25 patients with congestive heart failure and 12 healthcare workers via questionnaires.  In that study published by the journal Applied Nursing Research, the authors, which included Athlingam and Labrador wrote that “patients reported moderate self-confidence in using HeartMapp.”

They also wrote in the abstract: “The healthcare members demonstrated high confidence in recommending HeartMapp to patients and in utilizing data from HeartMapp for clinical decision making.”

Millions of people could be trying to measure their blood pressure with untested, inaccurate and potentially dangerous smartphone applications, or apps, a new study finds.

Researchers analyzed the top 107 apps for "hypertension" and "high blood pressure" that are available for download on the Google Play store and Apple iTunes and found that nearly three-quarters offered useful tools for tracking medical data.

But they also found seven Android apps that claimed users needed only to press their fingers onto phone screens or cameras to get blood-pressure readings - claims that scientists say are bogus.

"This technology is really in its nascent stages, and it's not quite ready for prime time," lead author Dr. Nilay Kumar told Reuters Health.

Kumar, an attending physician at the Cambridge Health Alliance in Cambridge, Massachusetts and a Harvard Medical School instructor, was surprised to learn that apps marketed as turning smartphones into blood pressure measuring devices had been downloaded at least 900,000 times and as many as 2.4 million times.

"That's concerning that such a small number of apps have been downloaded so many times," he said. "We were surprised by the popularity."

He wasn't sure how the technology supposedly works but said the phone camera appears to read a finger pulse.

"It's really in a research-and-development stage. It's not ready for clinical use. For now, we need to be careful that we are not using things that are inaccurate and could be potentially dangerous," he said.

About one in three American adults has high blood pressure, according to the U.S. Centers for Disease Control and Prevention. Also known as hypertension, the condition has been called the silent killer because it often shows no warning symptoms but increases the risk of heart disease and stroke, two leading causes of death.

A growing number of hypertension patients use mobile-health technologies to track and manage their conditions, the authors write in the Journal of the American Society of Hypertension.

The study, conducted earlier this year, in general found good news about blood pressure apps. The majority, or 72 percent, of the most popular apps allowed consumers to keep track of their medical data. About a quarter could directly export recorded information to physicians' offices. And nearly a quarter included tools to enhance medication adherence.

But healthcare agencies, such as universities, helped develop only a tiny fraction of the apps, 2.8 percent, the study found.

The U.S. Food and Drug Administration (FDA), which regulates medical devices, has not approved any of the blood pressure apps, the authors write.

The study's findings raise "serious concerns about patient safety" and reveal an "urgent need for greater regulation and oversight in medical app development," the authors say.

Dr. Karen Margolis, an internist and director of clinical research at HealthPartners Institute for Education and Research in Minneapolis, would also like to see more oversight.

"The idea that you're going to be able to stick your finger on the camera of your smartphone and get an accurate blood pressure reading is pretty farfetched right now," she told Reuters Health.

Margolis has studied devices to measure blood pressure but was not involved in the current study.

"There is virtually no information at all about how accurate these apps are," she said. "It doesn't sound to me like it's ready for routine use in any way that medical decisions could be based on."

Regulatory authority over smartphone apps that can be turned into medical devices remains unclear, Kumar said.

Writing earlier this year in The New England Journal of Medicine, a group of three lawyers, led by Nathan G. Cortez of the Southern Methodist University Dedman School of Law in Dallas, Texas, warned that mobile health, or mHealth, poses a challenge for the FDA.

"Many members of Congress and industry believe that regulation will stifle mHealth innovation," the lawyers wrote. "The true challenge, however, is creating a regulatory framework that encourages high-value innovation while also preventing the market from being overcome with products that are ineffective or unsafe."